The UEF 2018 Ultimate Fighting Hong Kong event will be held at 7:00 pm on November 30th at the Southorn Stadium in Wanchai! There are a total of 8 battles that night, including VO2 Boxing coach Bernabe “Abe” Concepcion against Guangzhou 2016 WBO China Champion – Pan Jinxiang.

Abe last fought a match in the Philippines in 2016, and this is the first time to fight in Hong Kong. In addition to Abe’s return after the break, Hong Kong boxing champion ‘The Wonder Kid’ Rex Tso will make his long-awaited return after 13 months absence from the ring! It sure is an all boxing fans must support match! 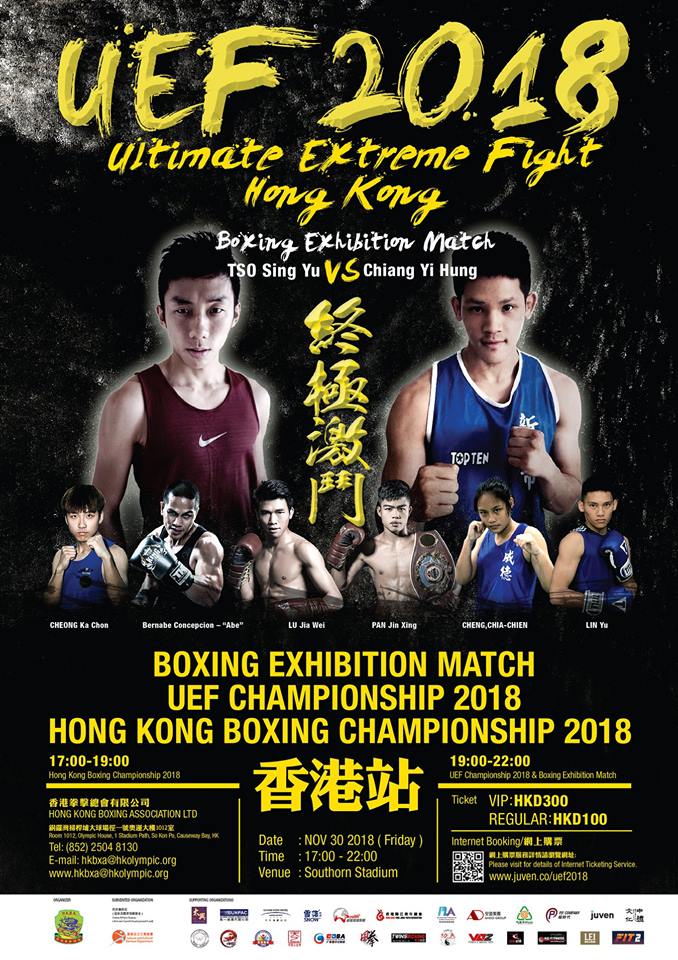